Last Friday night I had an interesting interaction that lead me to do some deep thinking over the course of the week of how I view myself.

I was walking towards Chipotle (mmm) to get my favorite standard salad with no dressing when I noticed a dude checking me out as I approached.  As I got closer, I decided to actually give him some eye contact for once instead of shyly looking away and avoiding looking at him.  The cute dude smiled and said, “Hello”  and feeling brave I said “Hi” back and walked into the restaurant.  As I stood staring and the menu and debating between chicken and pork, the dude came up behind me and tapped me on the shoulder.  He said, “Excuse me, I know this is random, but would you like to have dinner with me right now, my treat?”  I gave him a curious eye but decided he seemed harmless enough and said, “Yes, I hope you like Chipotle.”

So I ordered my salad and he ordered an enchilada, something that any Chipotle fan knows that is NOT a menu option.  Although he clearly told me he liked Chipotle after my question above, how could he not know they don’t have enchiladas?  Then when it comes to pay, he struggled to find his check card and then claimed his buddy had it along with his phone.  I silently wondered why but insisted that I didn’t mind paying for his $3.75 quesadilla so we could get the horrible awkward moment over with.  Twenty minutes pass and we learned a bunch of random information about each other and got to the point of exchanging numbers.  But wait, his buddy had his phone!  Well, I suggested that he should just use my phone to call his own phone to get in touch with his friend, who supposedly had gotten separated from him an hour earlier at the mall Chipotle was in.  Sure enough his friend picked up and they were set to meet at Applebee’s.  The dude was quite persistent in trying to get me to come with him but I was quite focused on going on and doing nothing as I had been gone all day already.  As we hugged goodbye, he tried to kiss me and I immediately rejected his plan and said my goodbyes.

So that was that.  Now, I guess it could be a common situation for some people but for me, it is not so often that I get blatantly hit on and asked out on the spot.  It happens, but never like this dude.

All throughout the entire situation I kept thinking of this horrible scenario that relates back to the dating website Okcupid.  One of the great things about the site is that is asks all these questions and one of them is “Would you ever go wart-hogging?” 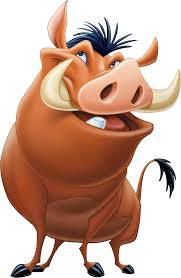 If you don’t know what it means, I didn’t until I was on  this site, it is when a group of men/women go out and try to “bag the warthog” or basically to pursue someone ugly/fat/unattractive that they weren’t interested in just for kicks.

What if I was the warthog?

All these what-ifs crossed through my mind but the one that DIDN’T was:  What if he is just into me because he thinks I’m hot?

It sucks because there has been very little to make me have the self-esteem that I do.  I typically think that my self-esteem is pretty great and all the men I have dated I have always found pretty attractive and they seem to be attracted to me.. so why don’t I think I deserve a genuine situation like this to happen to me?

I think it may have to do with the fact that my relationships either come out of guys who I meet through friends or using Okcupid where the interest is sparked through conversation first. It’s just such a random thing to be approached out of nowhere for this day and age and clearly, it’s messed with my head.

Have any of you had issues similar to this? Have you ever felt not worthy even though you knew you really were deep down inside?

In other news, I’ll be updating this blog around 11am with my Weight Watchers results of the week.  I’m not expecting a loss, but we’ll see.

I hope you all have a glorious Friday and first weekend of March!!